What Do Escape Rooms Teach Us About Marketing?

“Weirdly, for the first time in history, the performing arts have a corner on a market” Zach Morris, DevLab, Oculus.

Online advertising has developed way beyond the bounds of traditional retail thinking. After a decade of film and television, the ways in which consumers interact with brands has fundamentally changed.

Your fans love storytelling and they expect to be entertained. What’s more, consumers want to interact with the stories they follow. We are moving into a world of “experiential marketing”. Digital mixing with fantasy, mixing with the real world.

From interactive games to VR, to the rise of “escape rooms” - experiential entertainment has the potential to be truly groundbreaking.

The idea of bringing brands and stories off the screen and into the real world isn’t new. Disney has been doing it since the 1950s with its theme parks. In the early 2000s, the world moved one step ahead with the development of the first alternative reality games. Since fans have been more and more eager to engage with their favorite stories in an actual physical way.

In recent years we’ve seen a big crossover between entertainment mediums - between gaming, VR, and interactive marketing. Nothing demonstrated this hunger for immersion more than the surge of escape rooms around the world. One of the reasons the escape rooms are so popular is that they leave space for interpretation and let players create their own experience. The combination of a puzzle challenge, an adventure script, and physical participation is a recipe for lasting memories.

Experiential storytelling, co-authored by the audience is exciting and daring. Interacting with a fantasy world we know from film and television provides a particular thrill, not easily replicated in other types of entertainment. Fantastic examples are the escape rooms created to promote film launches like the Exorcist-themed world in Los Angeles, The Legend of Zelda, or the Resident Evil series.

Another reason why escape rooms are so popular is the ability to share instant photos and posts. “I escaped” or “I failed and was eaten by a zombie” has a self-sustaining cycle of hype. Fans participate and take photos, which they share on social media, which inspires more people to play, and the free marketing wave spills over again. This is the best viral marketing a company can initiate.

Experiential storytelling is slowly influencing the world of VR, resulting in interesting new works like “Dear Angelica” (a visually stunning story with emotional scenes constructing themselves around the viewer) or the DevLab (VR incubator that explores new ideas and hands-on workshops for VR artists).

With web VR becoming well rendered on both Google Chrome and Microsoft Edge, the immersive experience is already entering websites and branding campaigns. As our tools become more sophisticated, imagination will be your only limit. This is where the industry is getting excited right now.

Marketing experts are trying to determine how to incorporate immersive theater, real-world content, and virtual reality in the most memorable branding campaigns. There are endless possibilities waiting to be unlocked- from product demos to games to VR websites. Brands like Netflix, Coca Cola, McDonald's, Volvo are already experimenting with virtual reality as an add-on to their branding strategy.

Imagine what VR could do for your content marketing. With VR you can put customers into the heart of your story, leaving them with unique brand perception and experience. There is huge marketing, creative, commercial, educational, social, and scientific potential. 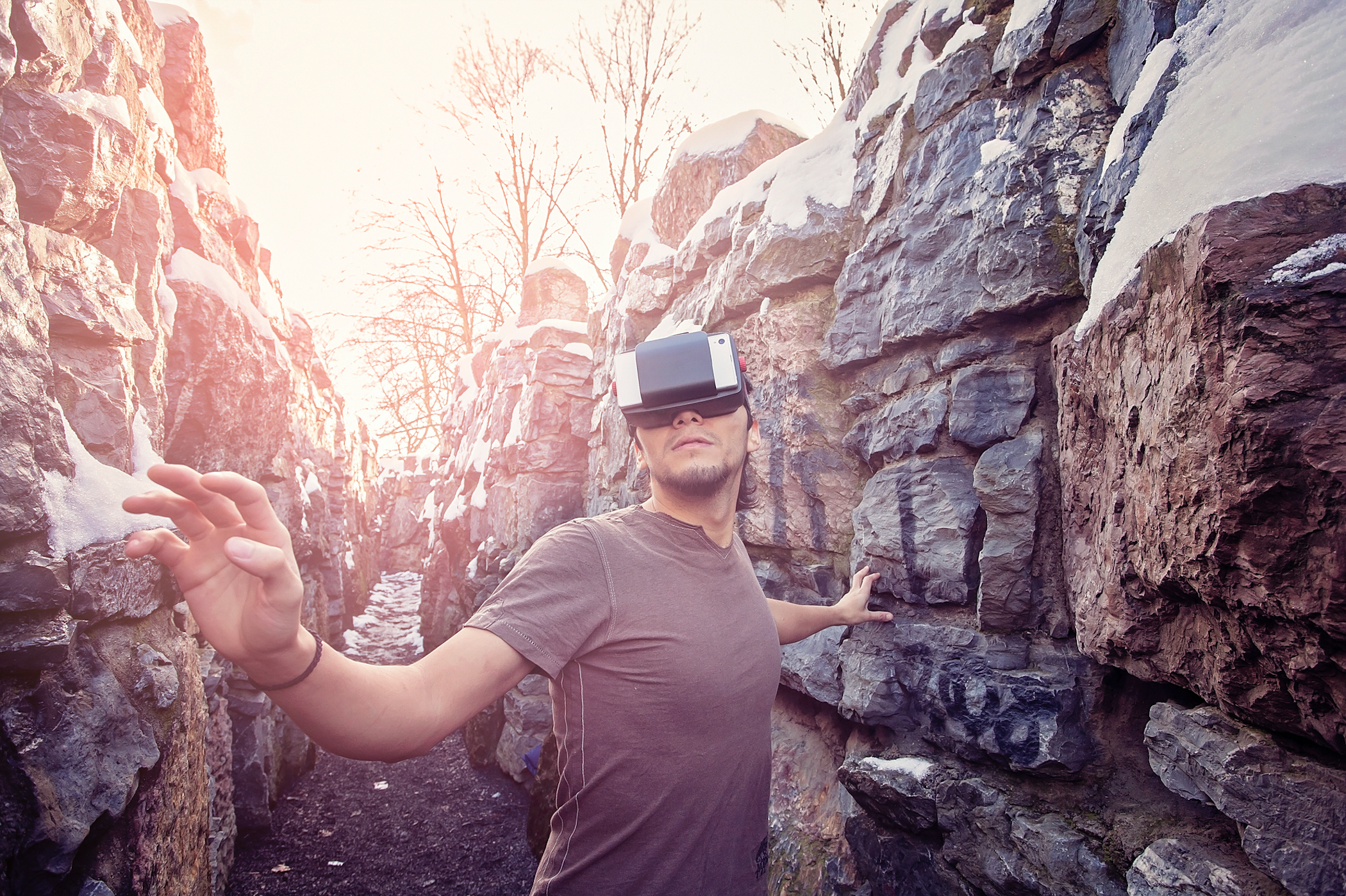 Experiential marketing is special because it brings strong engagement. It allows fans to feel part of the stories they know and connect with the characters they love. Stepping inside an imaginary world—even for a moment — is an intoxicating experience.

GoPro has tapped right into the target with its slogan “Be the Hero”. There is something fundamentally different about being part of the experience versus watching as a spectator.

Modern virtual reality has been hailed as the future of Hollywood entertainment. The ultimate goal: letting audiences be totally enveloped by a fictional world and stimulate their senses. But virtual reality is only one small fragment in the much larger marketing opportunities of immersive entertainment. There are VR websites, 360 videos, alternative reality games, interactive books, or real-world mixed reality campaigns.

To build the next wave of promotional events, agencies are always looking for creative ideas to integrate new technologies into their marketing strategy. In the last few years we have seen a huge change of format, but not in substance. The bottom line: people crave experiences.

Brands are advertising to a generation of people grown up on the Internet. This is a very different audience that is starting to reject linear and passive media and expects to interact with your content and stories organically. The new generation of consumers is looking for engagement, a performance, and a creative narrative. Storytelling has evolved into immersive experiences.

Think of your website as your stage and each digital campaign as a flagship performance. UX and design create the most vital campaign component- the environment. The story needs to be designed in such an intuitive way that the audience forgets the medium and falls right into your storyline. You need to make audiences feel like they’re living inside the adventure, rather than being told one. It’s a new way of communicating, a new way of selling and imposing yourself as a top of mind product or service.

Your audience is surrounded by endless advertising on multiple small screens. The only way to stand out from the crowd is to offer a free experience that many would have paid for.  Creating interesting and meaningful stories is something big corporations are increasingly focused on.

Let’s create your next experiential content together! Connect with us at hello@edesigninteractive.com.