The First  Drone Campaign in Bulgaria 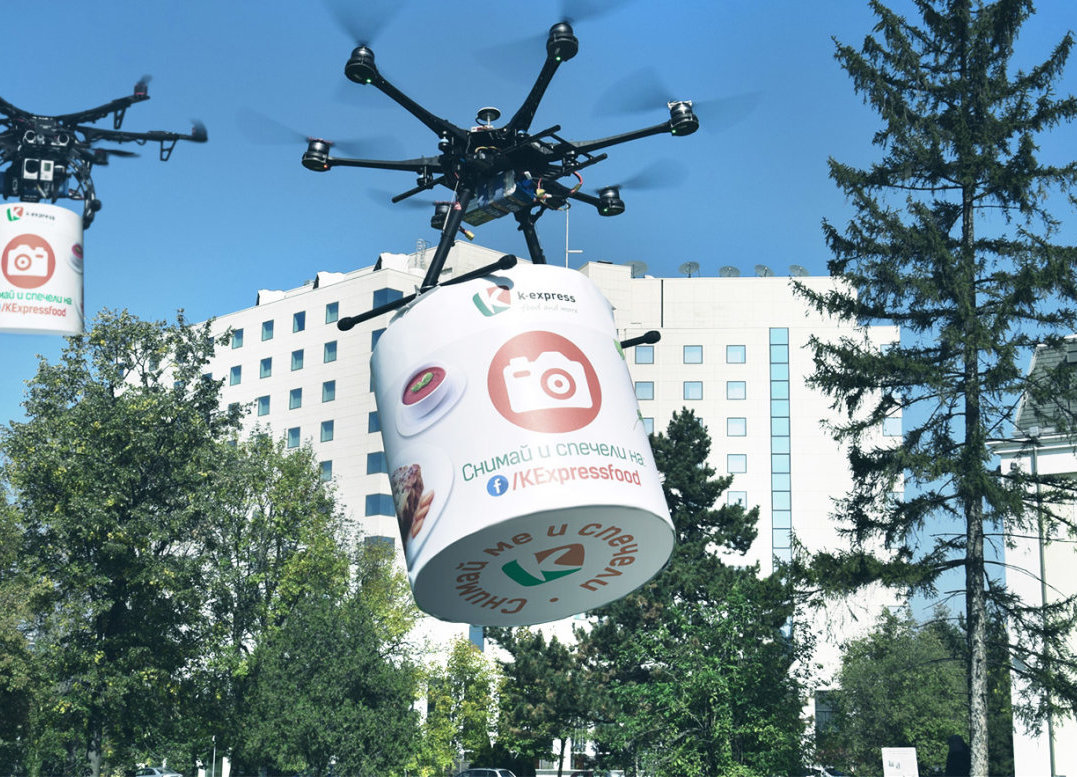 eDesign carried out the first of its kind cross-channel campaign by using flying drones. The campaign was created for the self-service restaurant chain K-express and represents a unique combination of social media games and the use of flying drones.

If you are not familiar with the heavy robotized drones, those are autonomous flying vehicles, most likely featuring four, six, or eight propellers. They can perform different types of tasks and are operated remotely via a controller. Drones are most frequently used in the film and video production industry but are expected soon to be able to deliver packages directly to your home.

Drone advertising is still in its early stages and has not reached its full potential. That said, drones offer a broad range of possibilities that can boost amazing creativity.

To enhance K-express’ digital campaign, we’ve researched, designed, and prototyped a custom-made flyer that is aerodynamic. We flew K-express’ message straight to the windows of the office tower right before lunch. With a witty message, we invited all employees to come discover the newly opened restaurant near their office.

The unusual outdoor campaign was combined with a game on social media. Every user who took a picture and published it on the Facebook page of K-express received a present from the chain.

Surprised by the buzzing sound, office employees were picking through the windows, snapping pictures, and sharing the message with friends. In a matter of minutes, we've created a joyful rush like no other. The campaign was a sensation and went beyond viral. K-express got a huge social engagement, hundreds of publications on social media, and hungry employees queuing at their venue. The campaign was covered by leading Bulgarian newspapers and electronic media as well.

With a genius plan, small efforts can move mountains. That’s the power of eDesign!

To create an out-of-the-box campaign for your brand, just say hello@edesigninteractive.com.